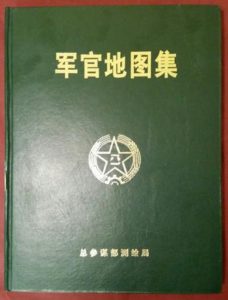 Description: A Chinese reference book, designed as a library or desk reference for officers in training or professional military education.  A foreword citing the 7th five-year plan for “All-Army” (entire military) military science research (全军军事科学研究 “七五” 规划) as impetus for this edition, signed in 1992 and another foreword by the editing team dated 1991 are the only dating information available.

This atlas begins with solar system and global data on the earth.  Has civil and military specific charts that include political information, resource information, campaign maps from several conflicts, population data, etc.