(Note: Due to a completely different evolution of military thought from at least 1949 forward, and different influences, Taiwan’s military terminology and the PLA’s can vary greatly.  Each is more relevant or authoritative in its own given context.)

Edited and published editions of the ROC Junyu include: 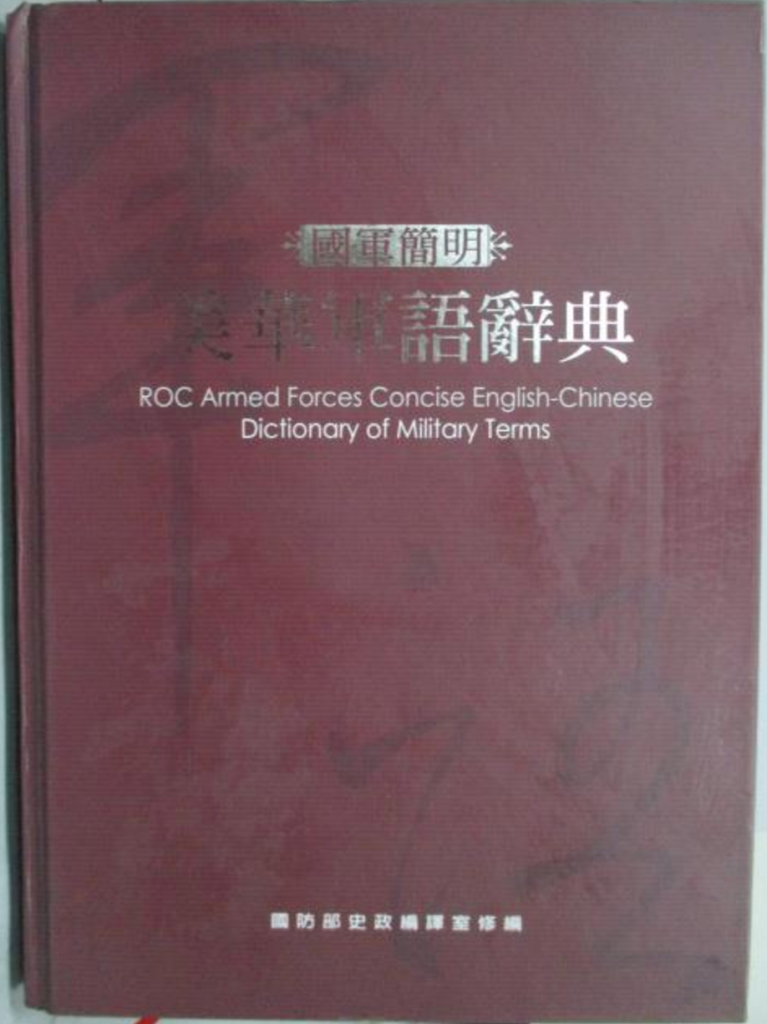 The ROC MND has long since published a “Junyu“, with versions under this same specific title (國軍簡明美華軍語詞典), and other titles.  At least five editions exist under the “Concise” or “Abridged” title: 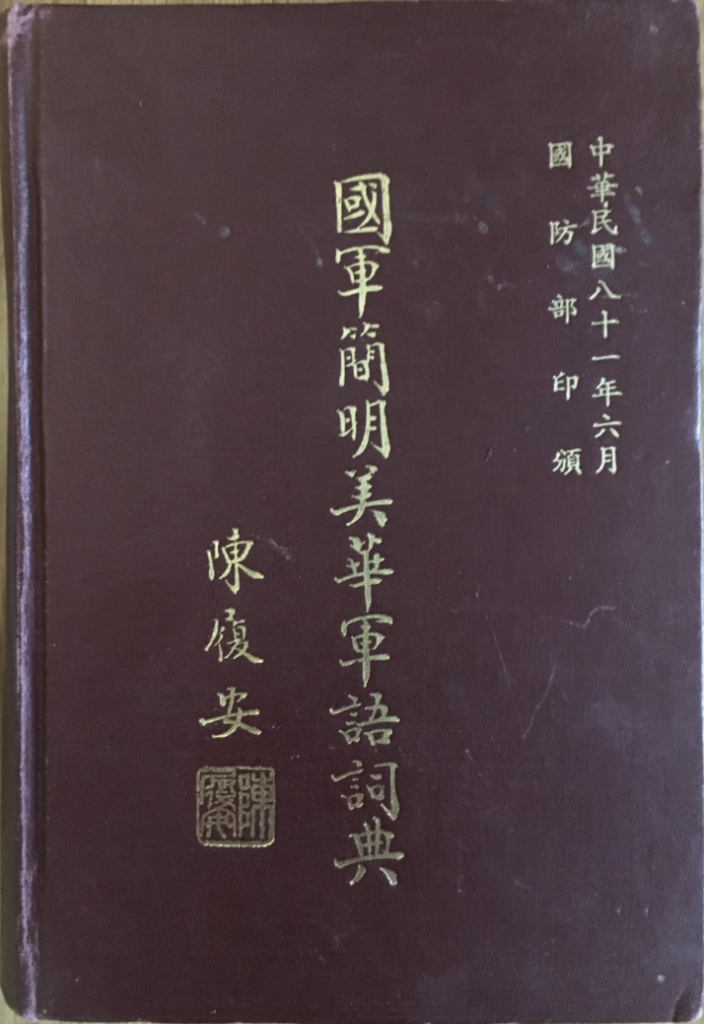 with occasional updates, previous editions include at least:

Editions prior to 1986 published under slightly different titles, are likely predecessors to this same evolution of the ROC Junyu.  These were typically published in volumes: 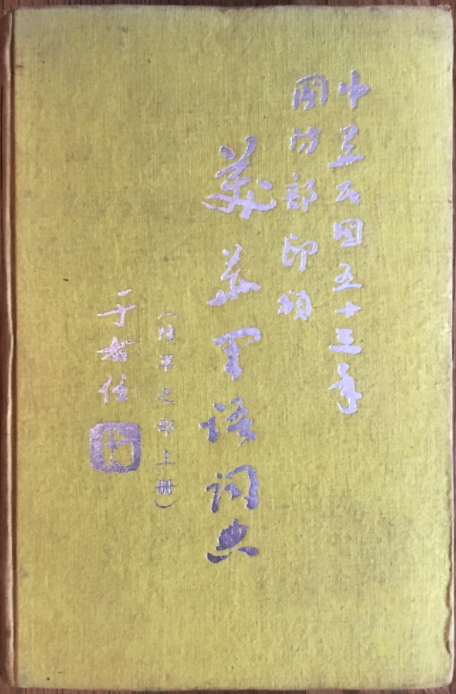 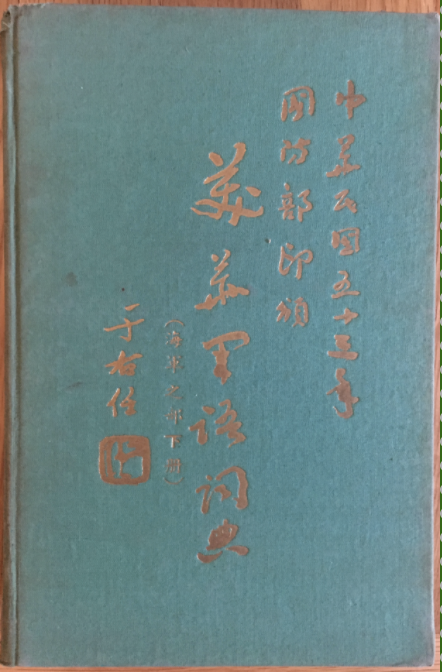 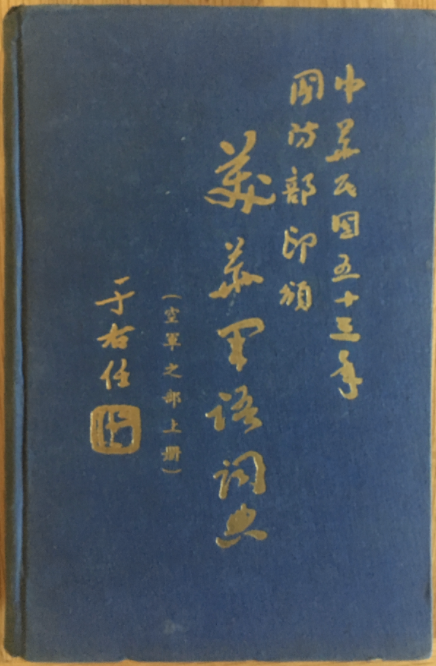 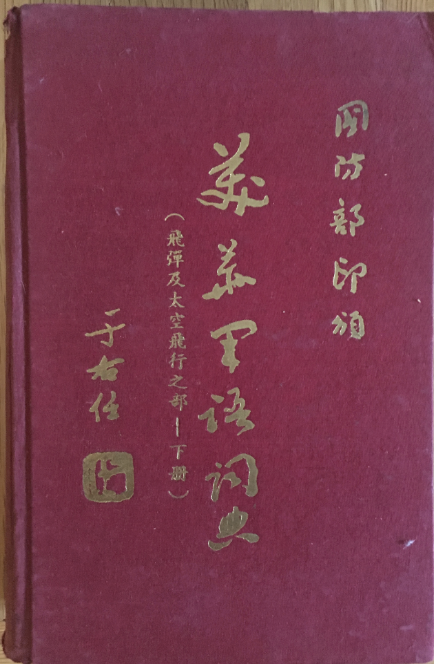 Prior to these editions, the MND published a translation of a Dictionary of United States Army Terms under the Chinese title: 美軍用語辭典 in the 40th Year of the Republic (1951) 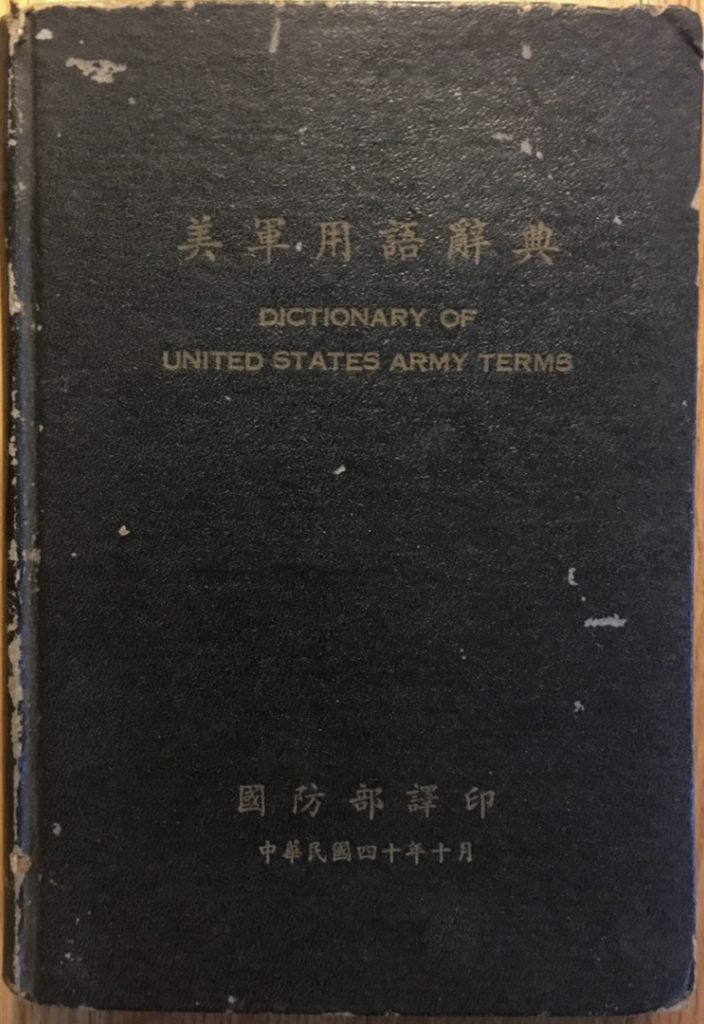