Our first effort in the pursuit to create the ultimate professional dictionary for military, strategic and security topics is…

The MM Lexicon is a set of military relevant vocabulary offered as an in-app add-on dictionary available for the highly popular Pleco mobile app (www.Pleco.com).

MM Lexicon, version 1.o, starts with over 3700 entries across a broad range of terms, covering the strategic to operational, tactical, and technical, including terms of theory and practice, war and other-than-war, and a whole lot more.

Great! Where Do I get MM Lexicon?

The MM Lexicon is currently ONLY available as an in-app add-on dictionary in the Pleco Dictionary App. 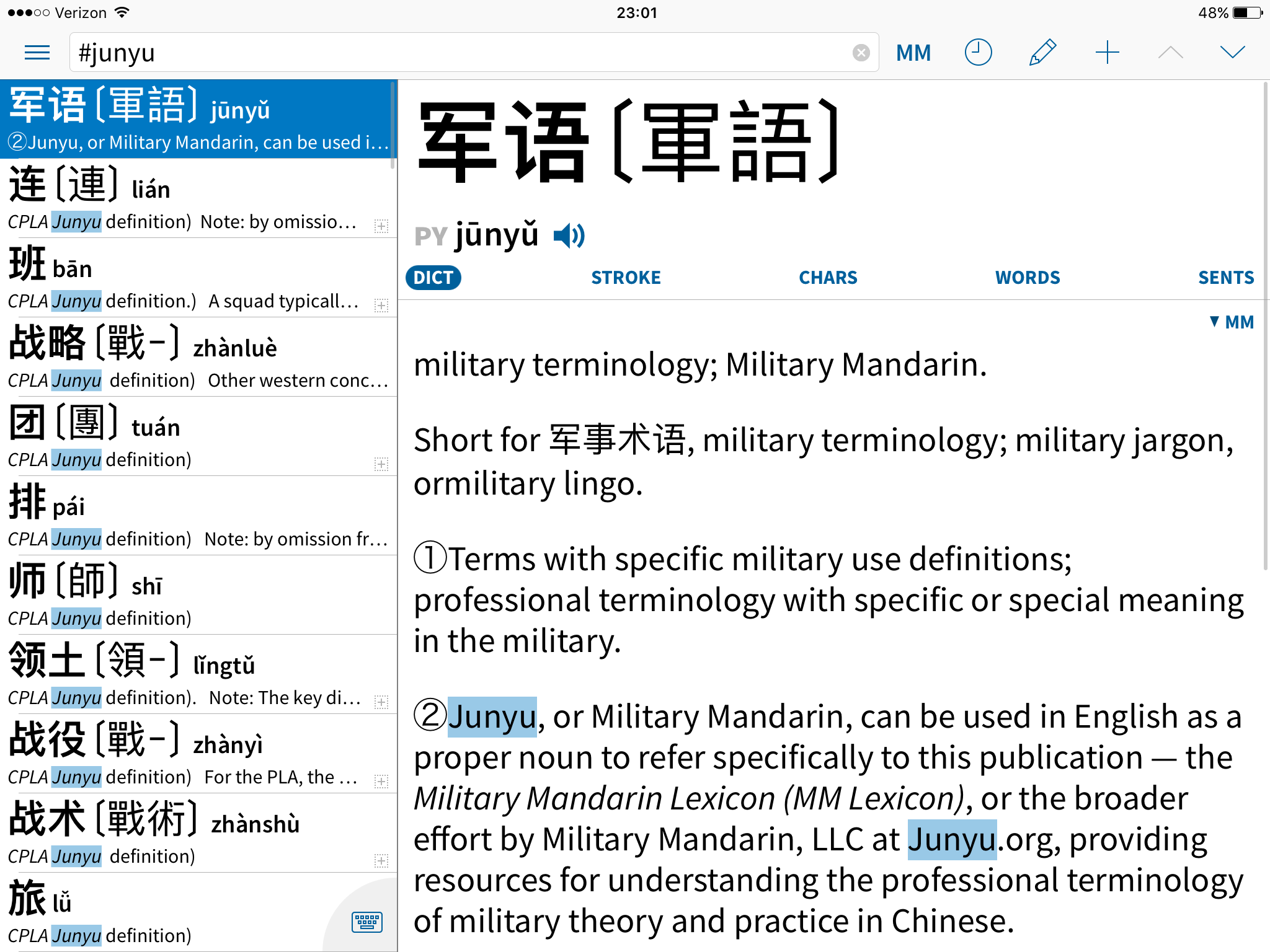 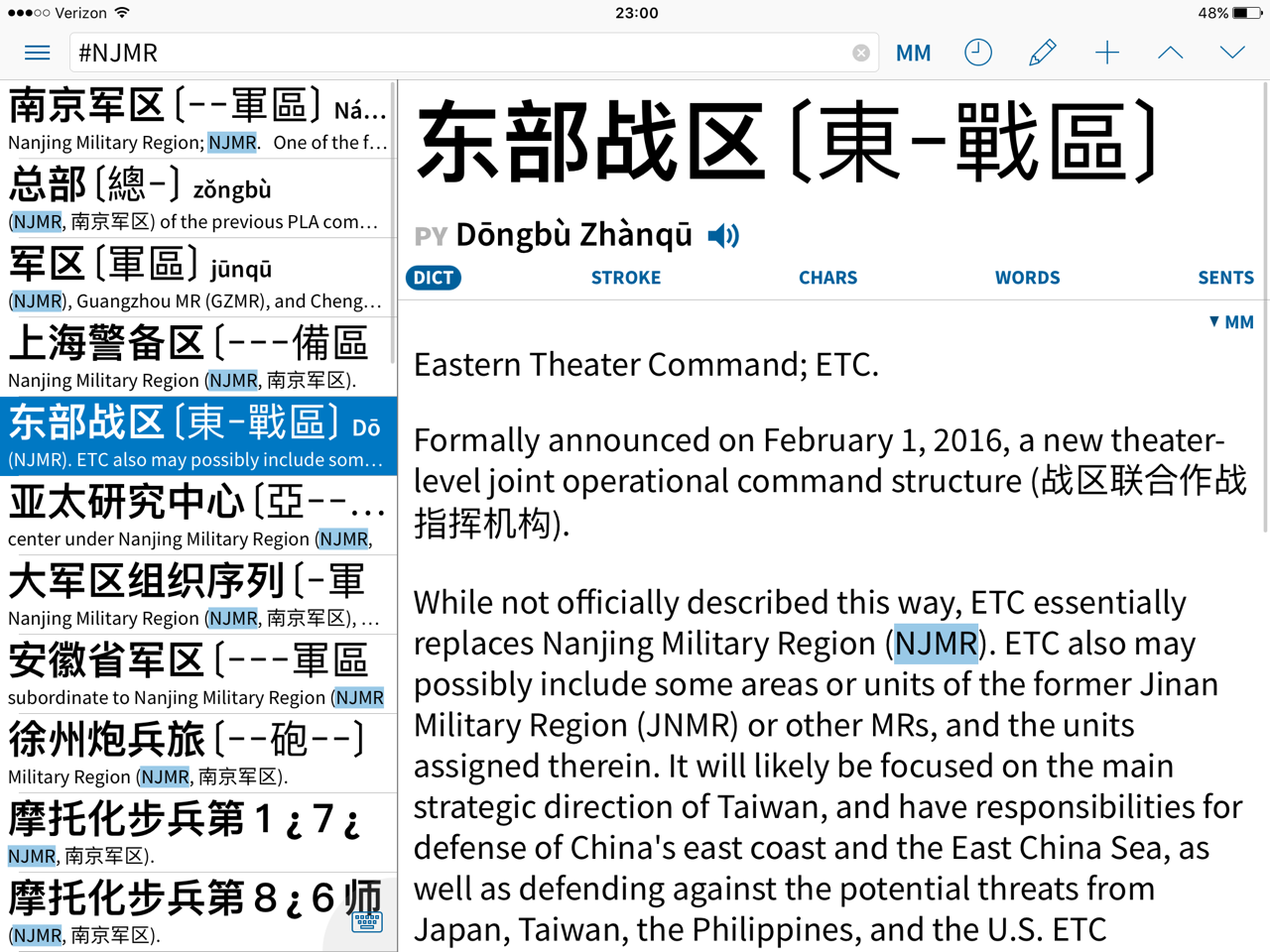 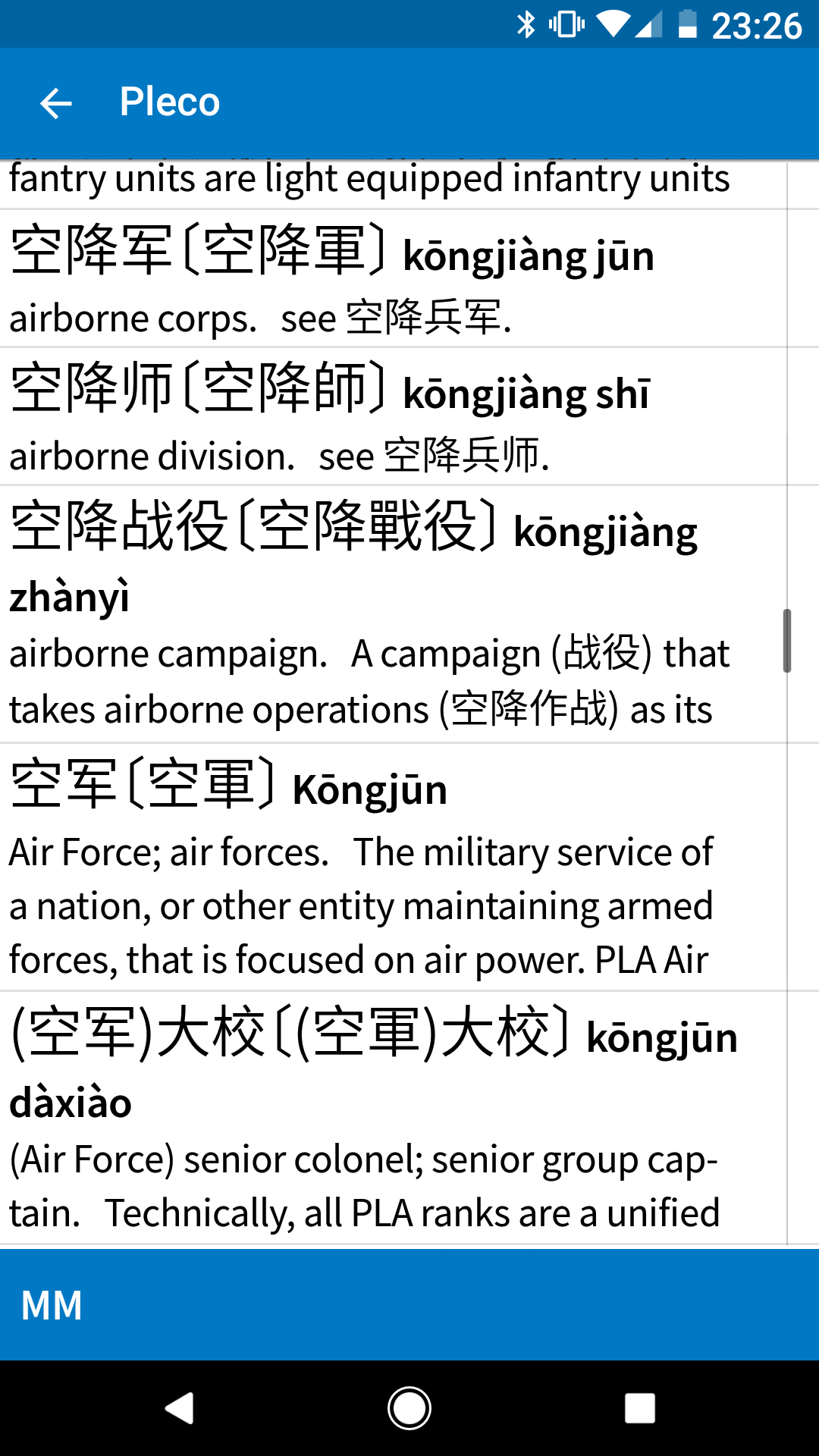 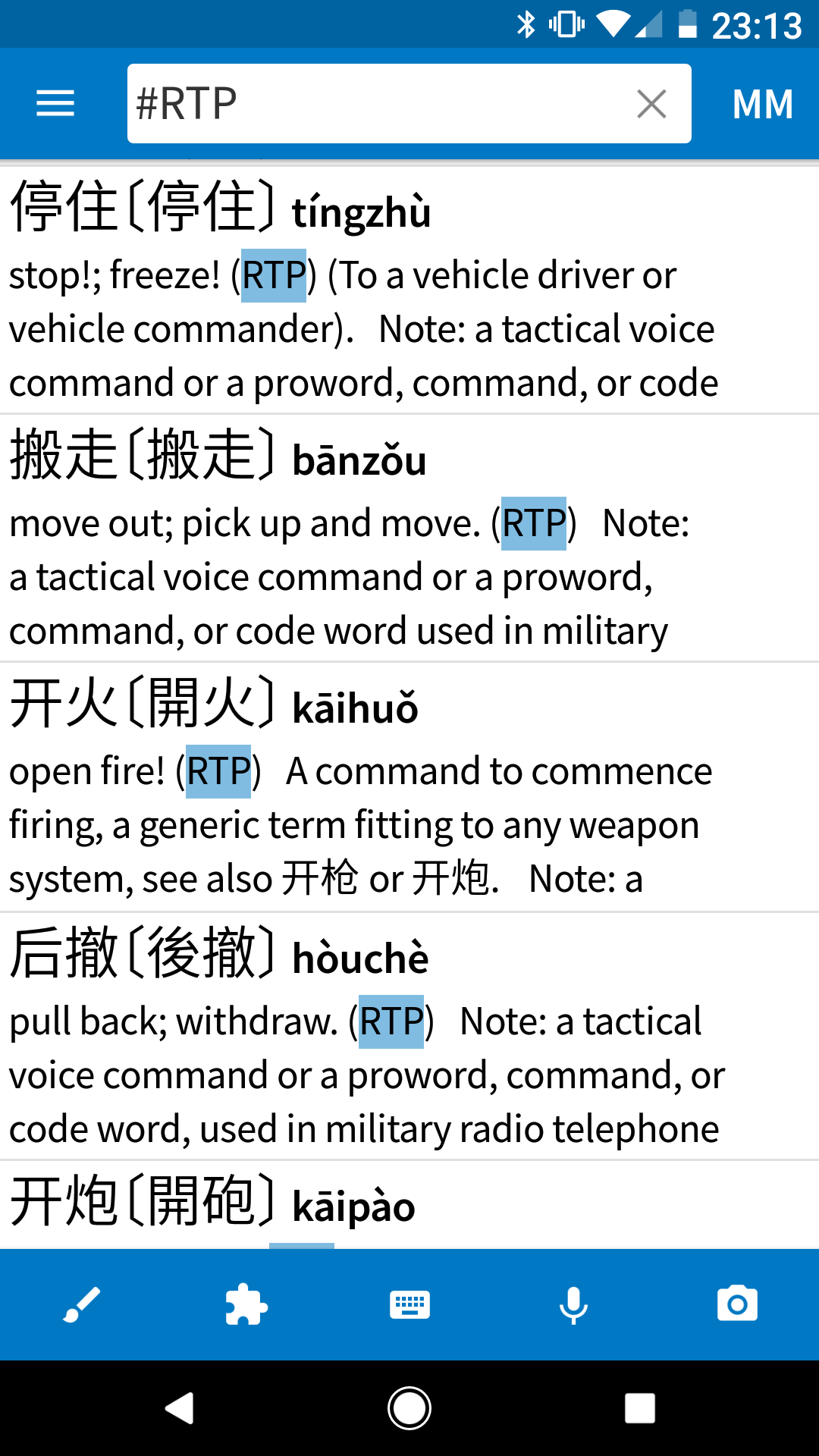 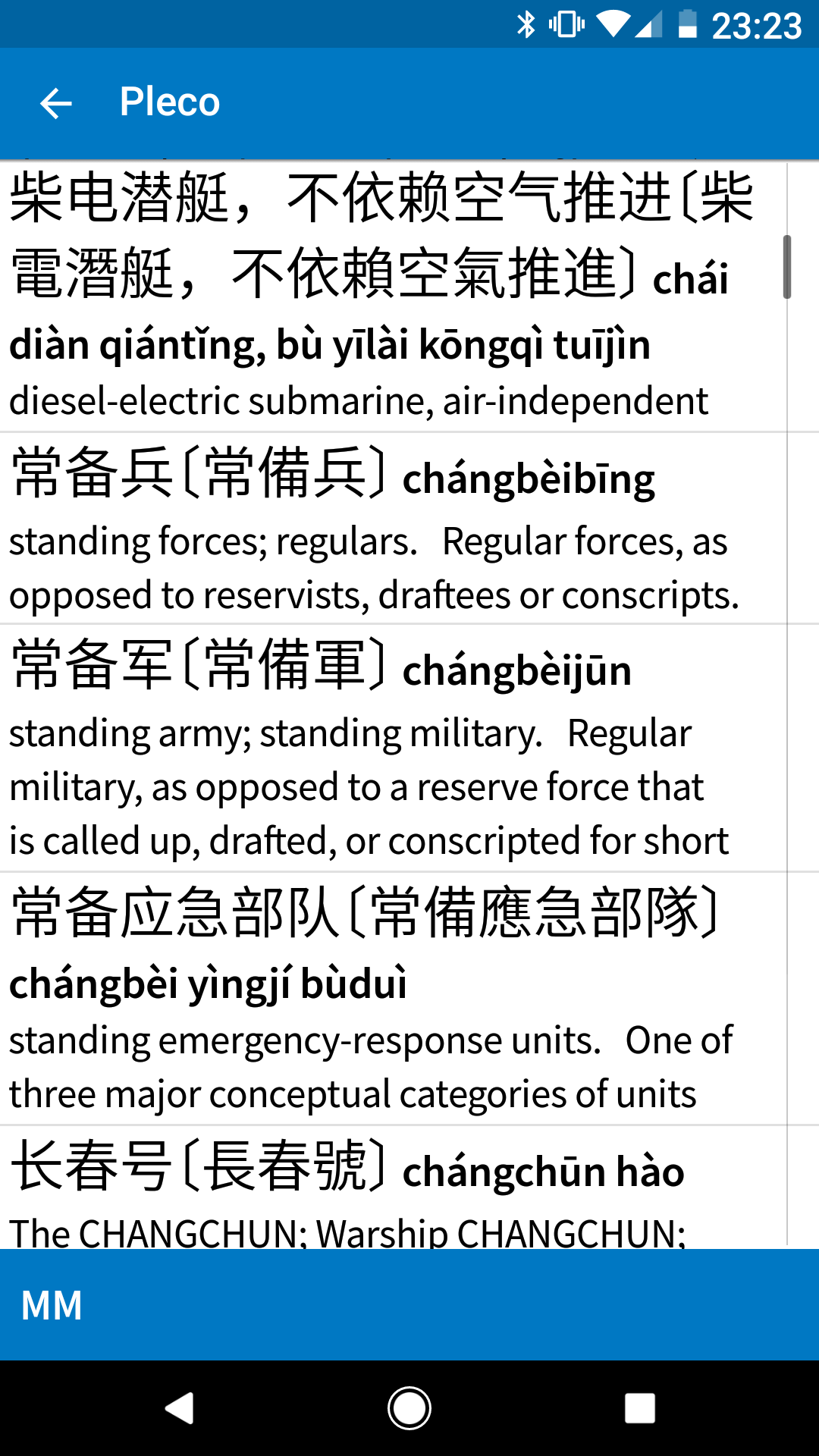 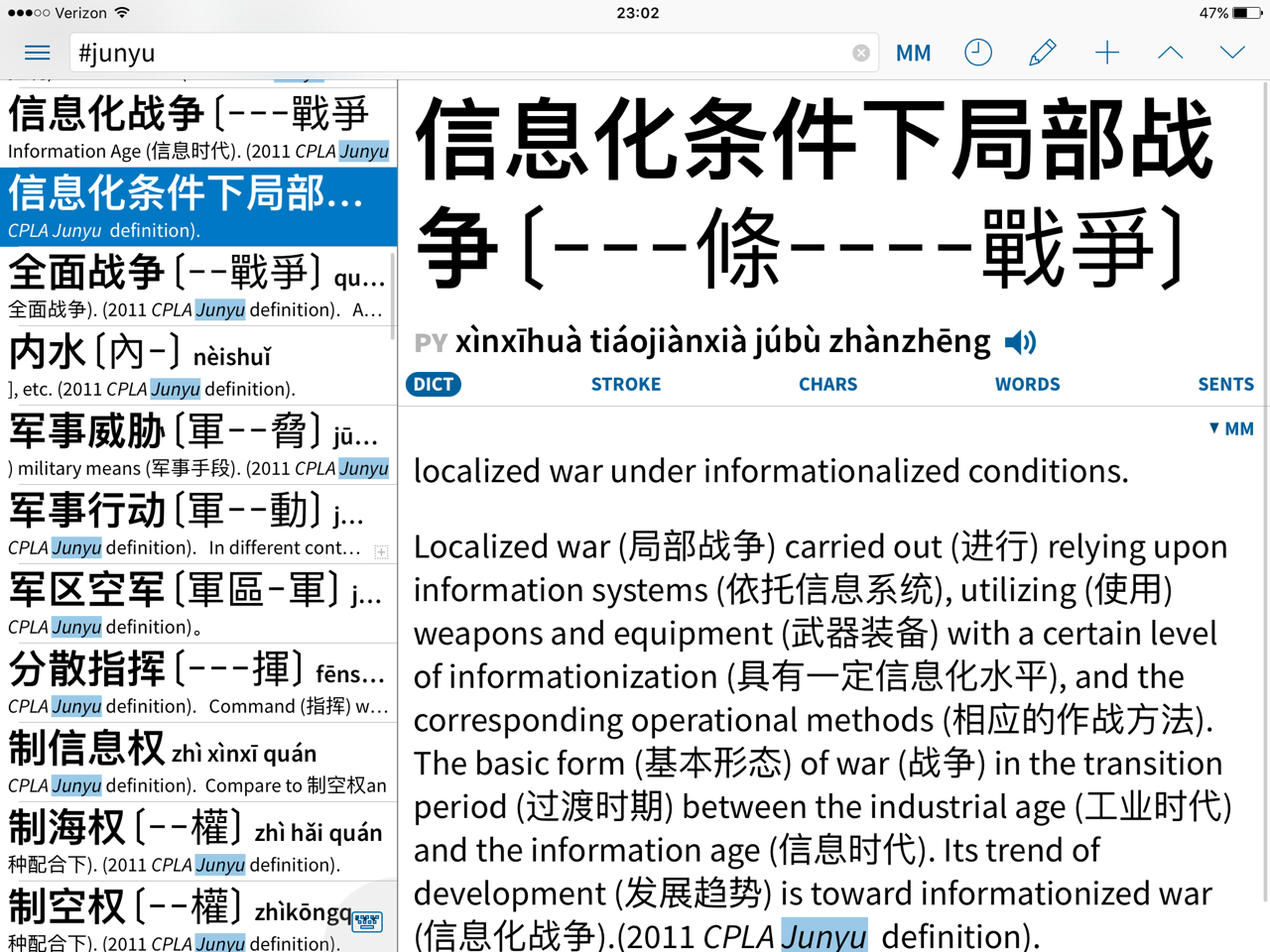 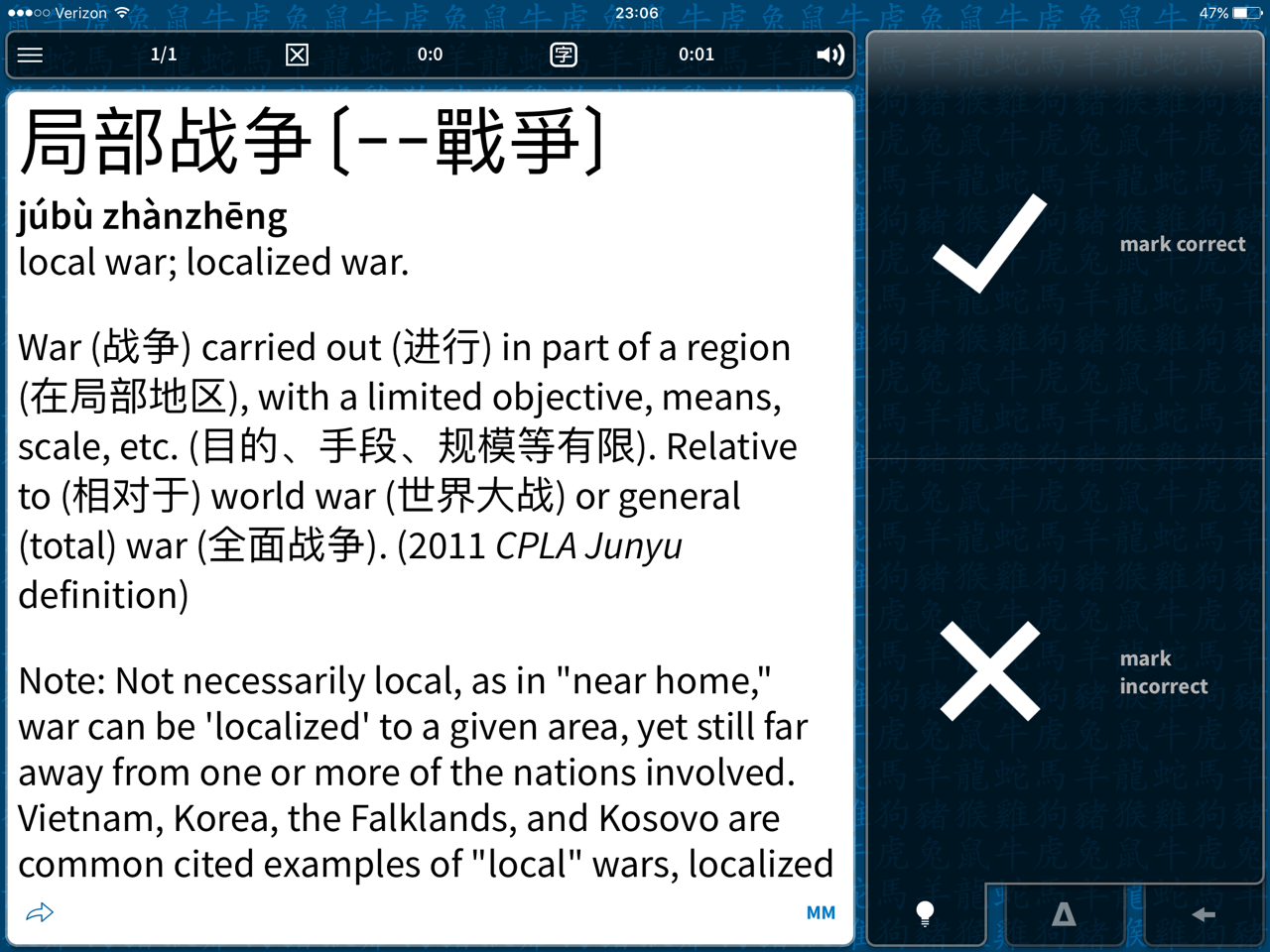 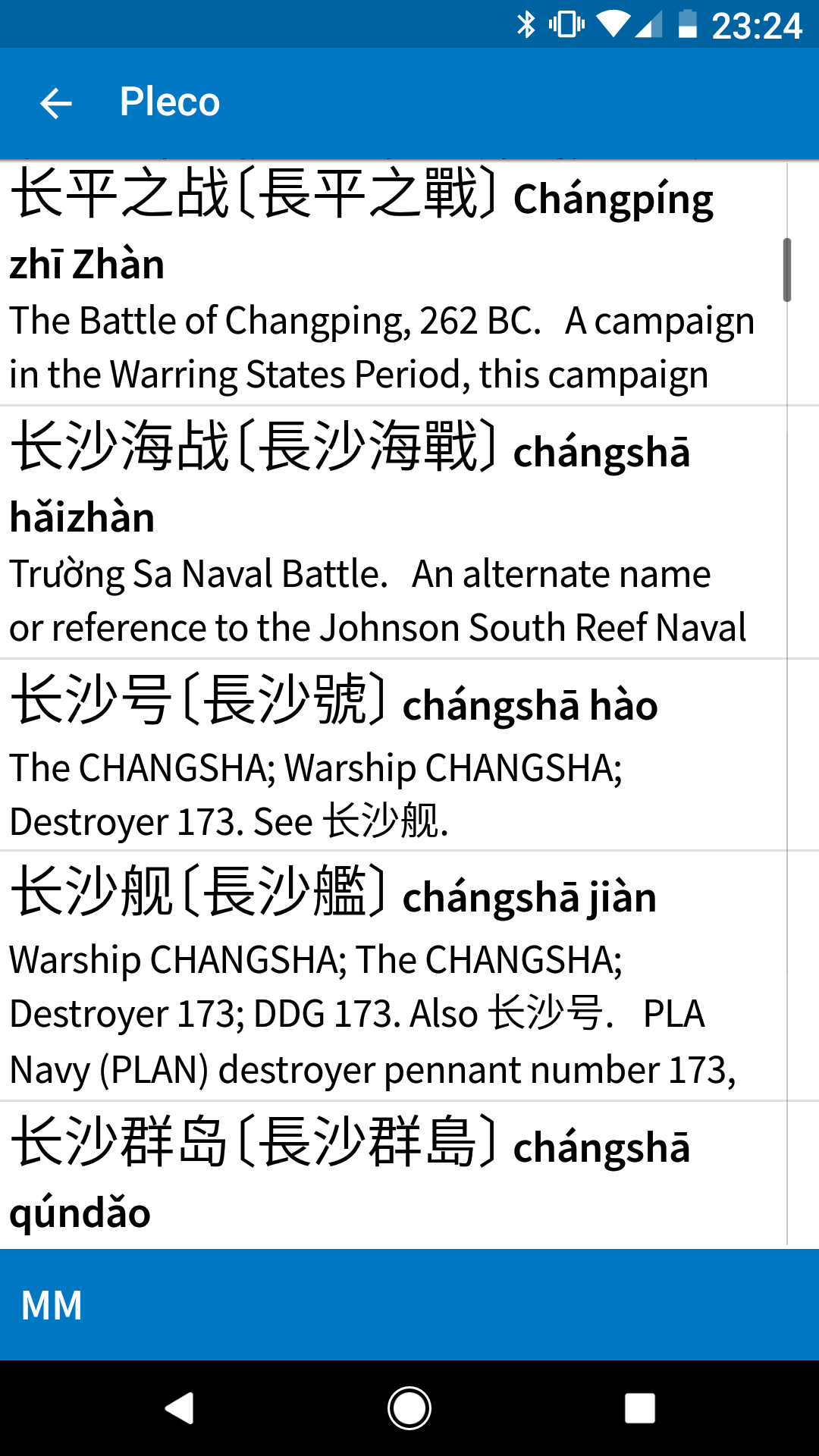 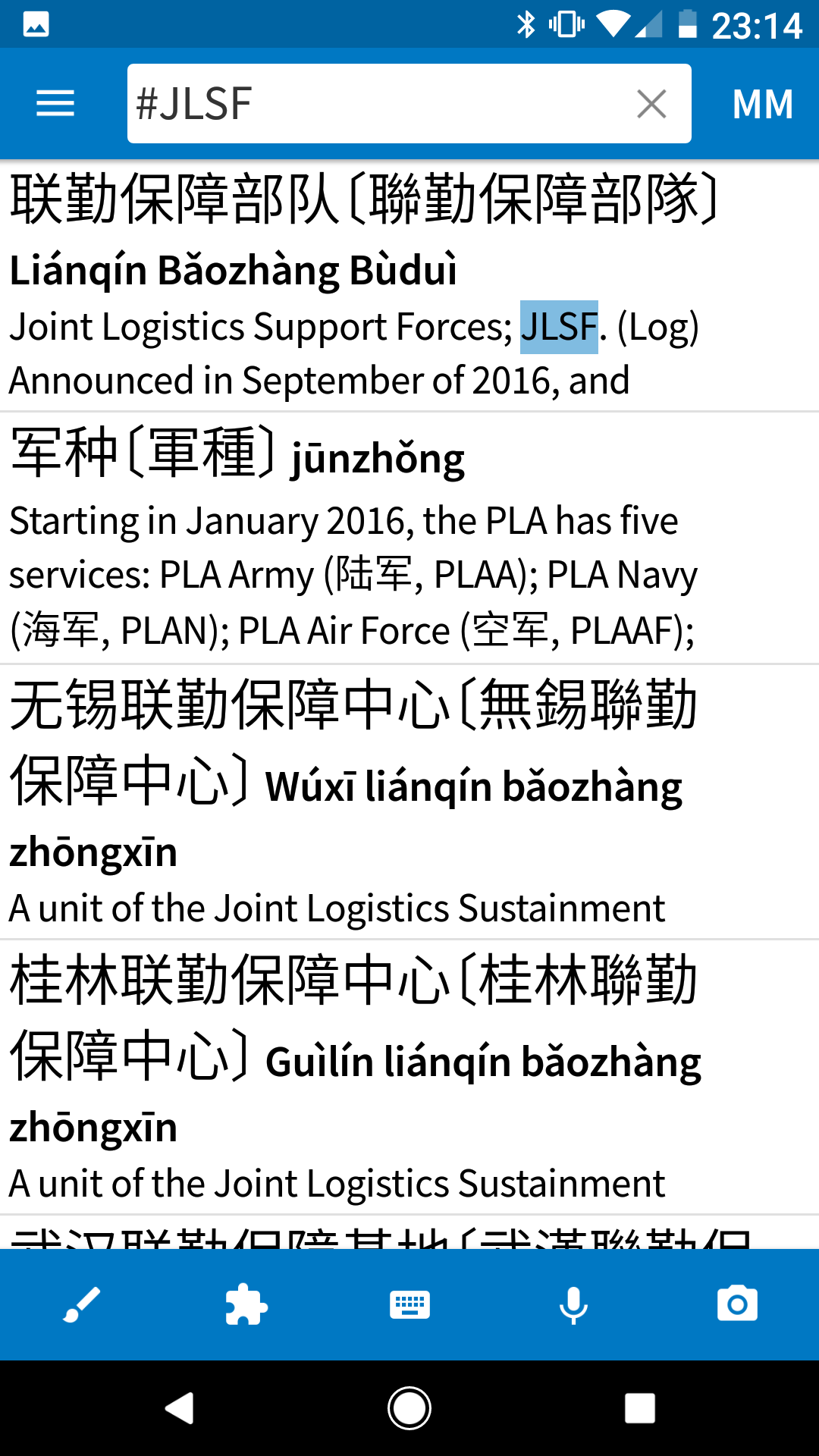 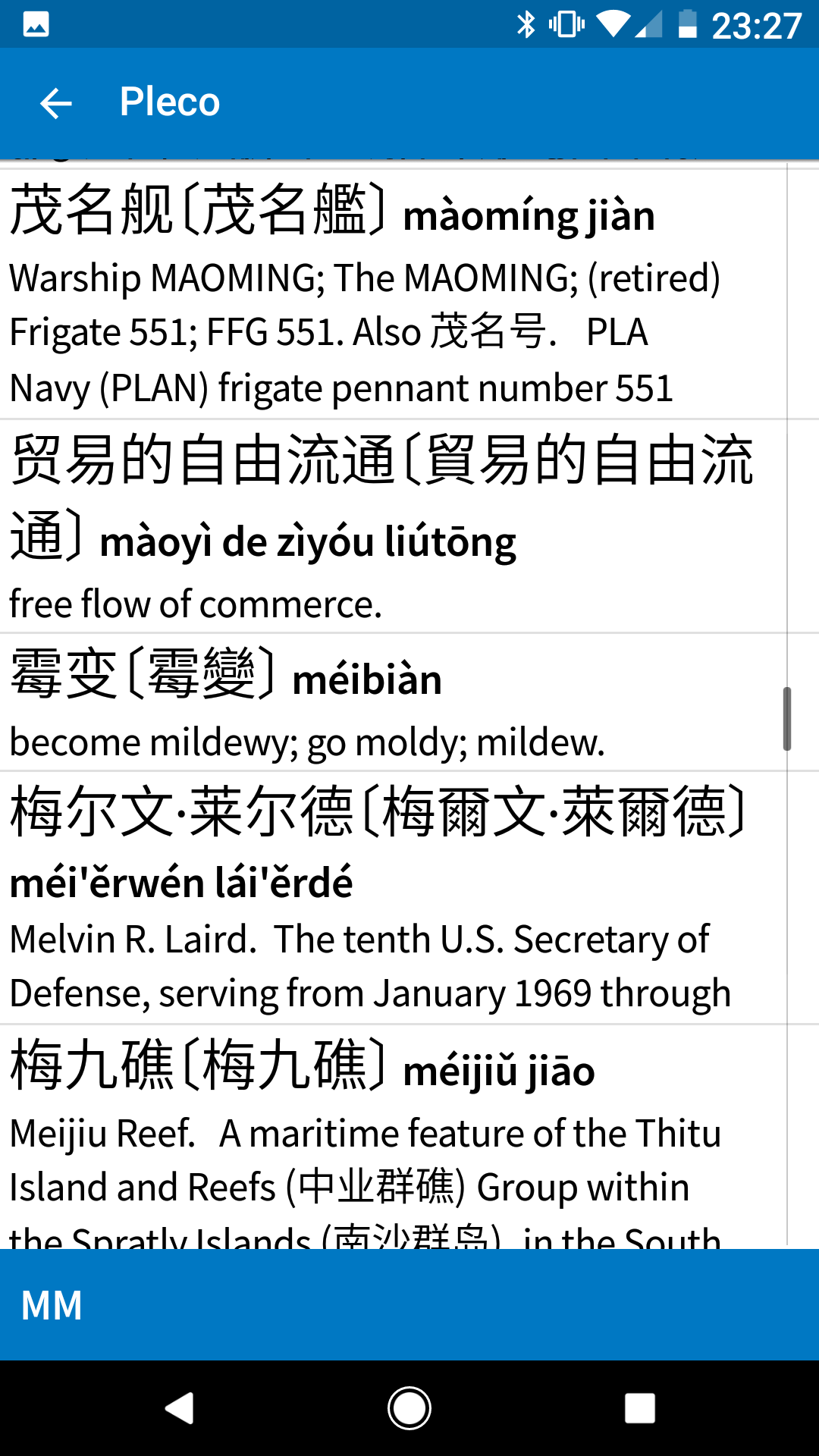 A broad range of military and security terms ranging from nimbostratus clouds, to non-contact warfare, wing commander, the Paracel Islands, a bunch of frigates and destroyers by name, terms from the Vienna Convention on Diplomatic Relations, hisotric battles like the Blocking Action at Taishan and Heishan, political warfare terms such as ideological armor, voice commands and radio procedures like “lock and load!”, and the names of military and bureaucratic organs such as the Military Department of the Xinjiang Production and Construction Corps, the new Office of International Military Cooperation, and the departments and bureaus of the old General Staff Department?