Beginning in late November 2015, the PLA began to make a series of announcements about implementing the long awaited major PLA structural reforms.

Below and on the linked pages we have gathered information about the known reforms that have already taken place, and some speculation about what is yet to come.

These reforms include a restructure of the CMC and national headquarters, the reorganization of the standing theater-level commands from Military Regions (MR) into Theater Commands (TC), and changes to the military services resulting in service headquarters focused on a military-building (建军), or a “man, train, and equip” mission.

The new PLA command system is described as:

Full details of the final resulting PLA structure continues to evolve, but many elements are known, and the general direction of some others can be assessed with enough certainty to make looking at the changes now, even before they have been fully implemented, worth while for PLA researchers.

Prior to the announced reforms, the major elements of PLA structure from National leadership, to the basic campaign-capable military unit of the PLA (Juntuan, 军团, legion or campaign-capable large formation) could be described as depicted in the graphic below.  These charts also available as a downloadable MM Brief in PDF. 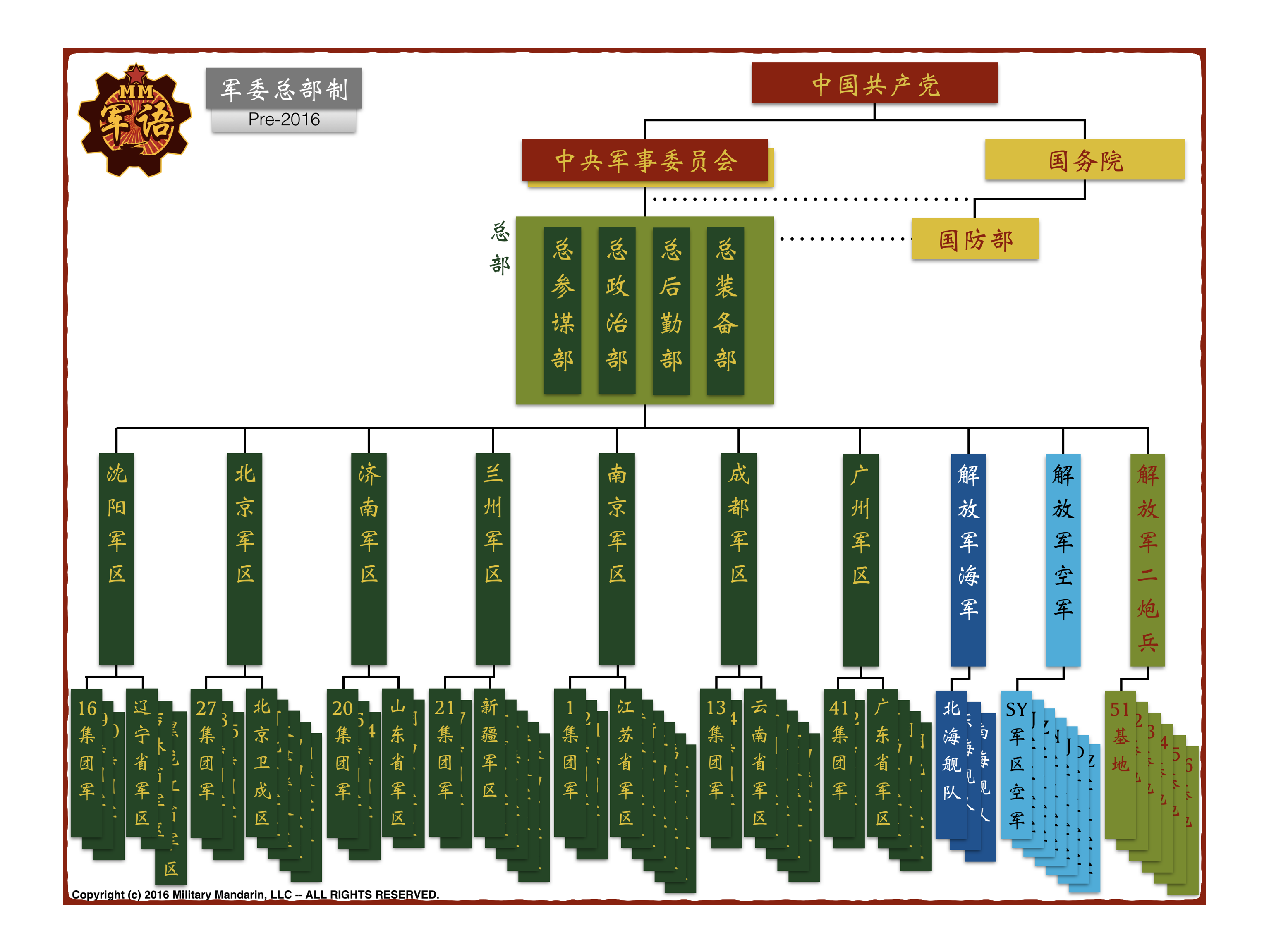 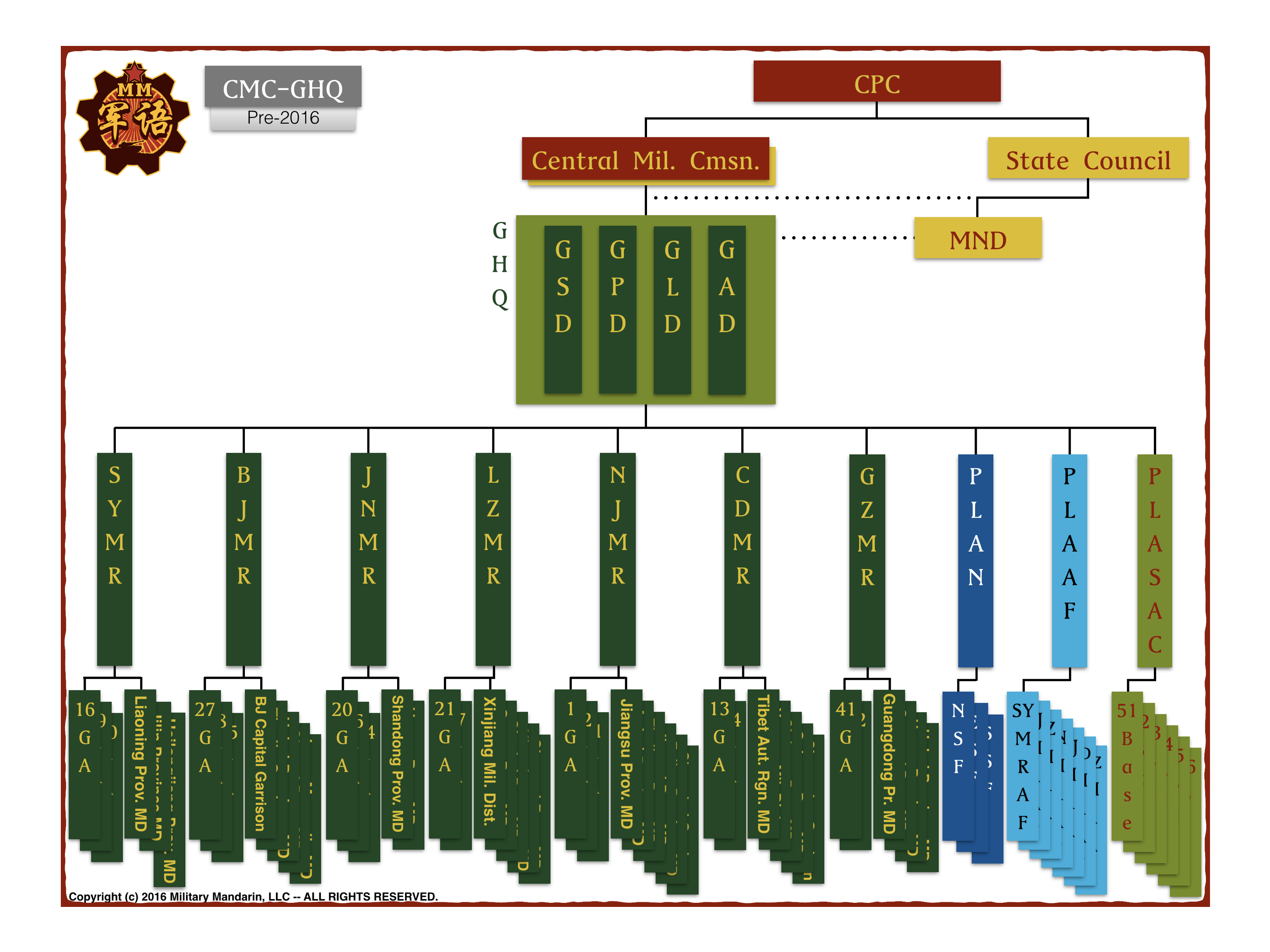 The chart below is a side by side comparison of the previous PLA structure above, and the changes that have already been announced or leaked. 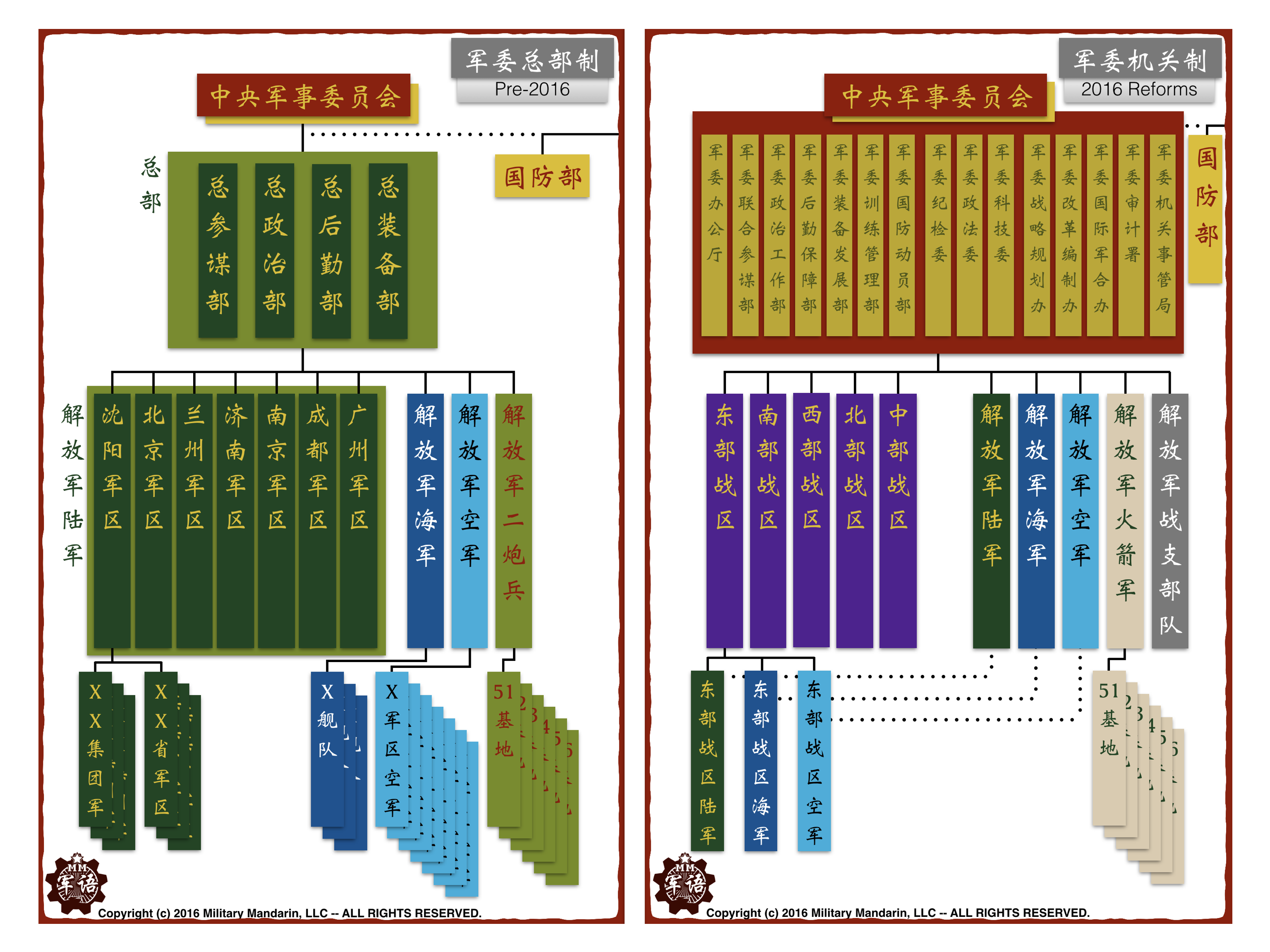 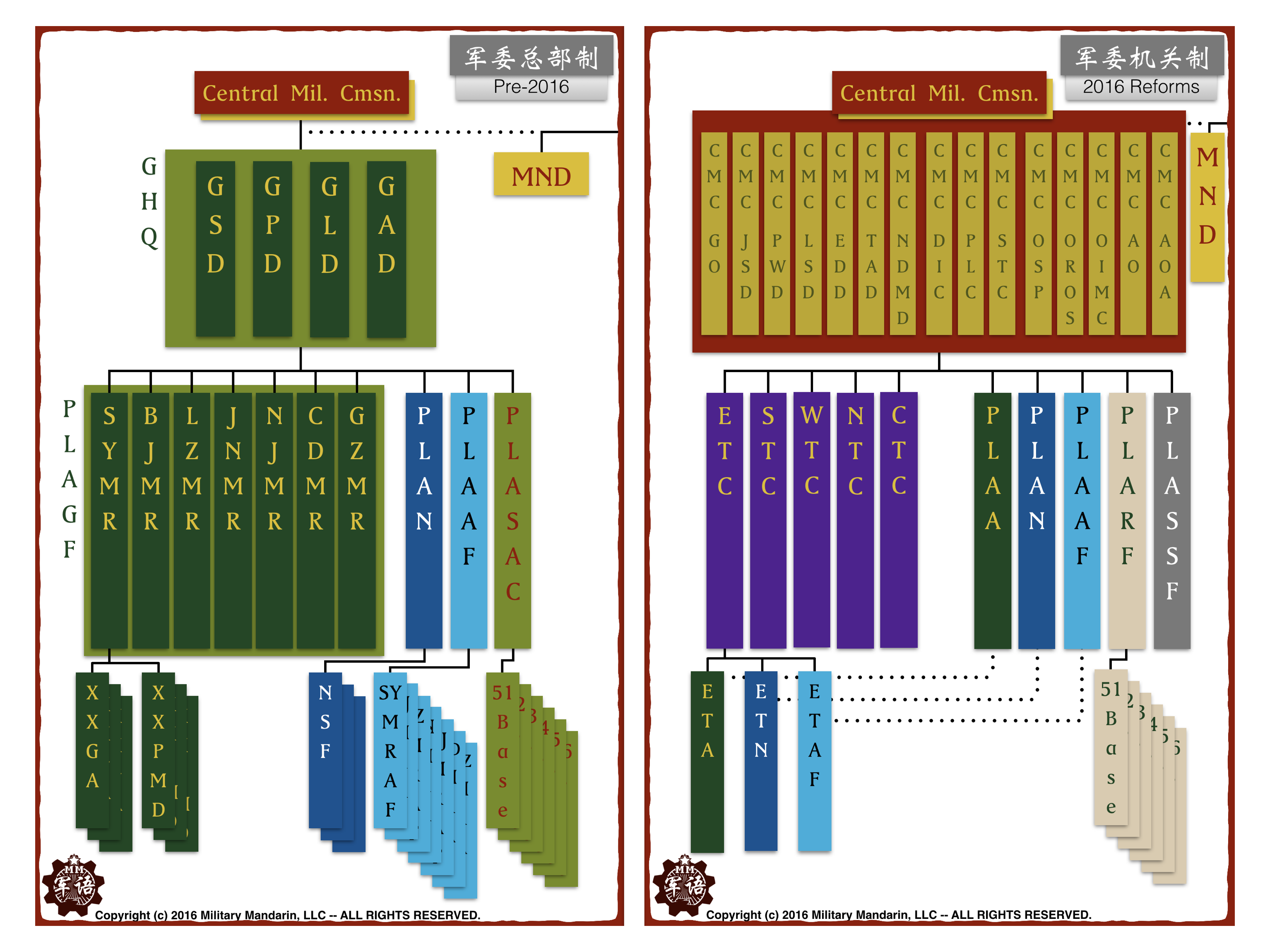 The following chart displays the new PLA organization, after the major 2016 / 2017 reforms have begun to take shape.  The Charts also available in PDF: MM Brief in PDF. 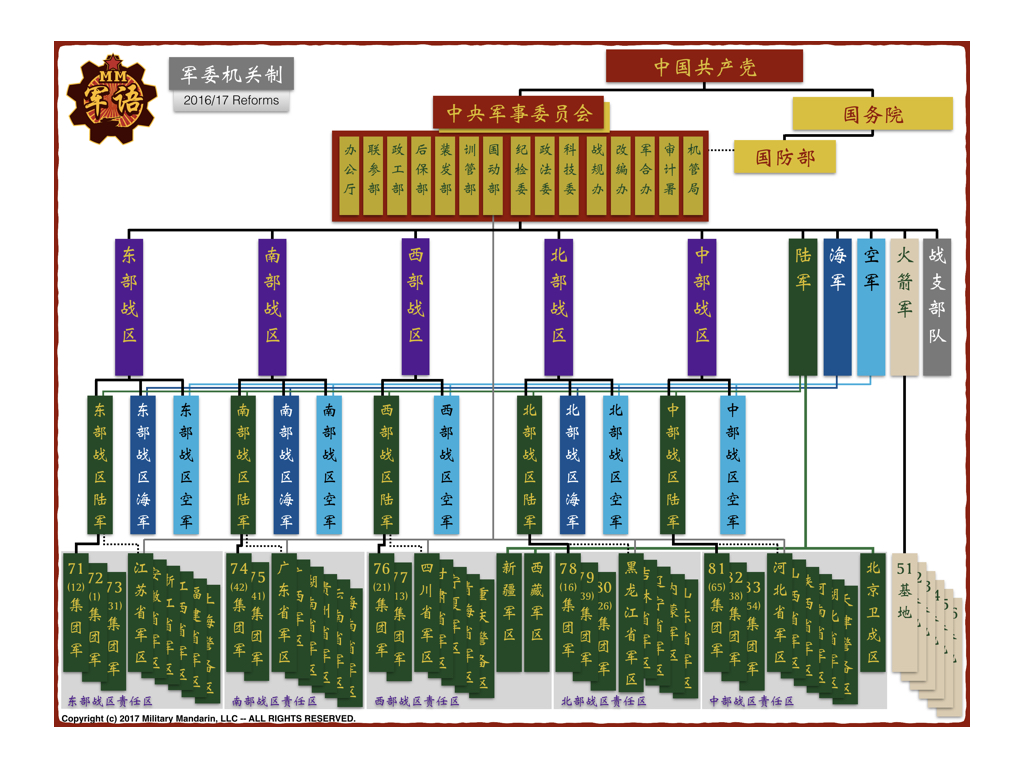 The NEW multi-department Central Military Command structure, and the 15 named functional departments of the New CMC is one of that largest changes in the reforms.  We provide some information, makes some comparisons, and takes a ‘guess’ at the relation between the new CMC and the known structures of the old CMC-GHQ system on this page: 2016 CMC Reforms.

These services, under the guiding concept of “军委管总，战区主战，军种主建”, are likely NOT have a major role in commanding operational units, but will take on a institution building role.  Most expect this to be similar to what the U.S. military calls the “Man, Train, and Equip” mission of U.S. service headquarters. Information about the service reforms on this page: 2016 Service Reforms.

At this point, the Theater Commands, their headquarters locations, the subordinate service component commands (Theater Army, Theater Navy (Fleet), and Theater Air Forces), as well as Group Army assignments are known.  However, the exact areas of responsibility or subordinated units of the new theater command structure is still not fully public information.  See some of what we have developed on the new Theater Commands on the page: 2016 Theater Reforms.