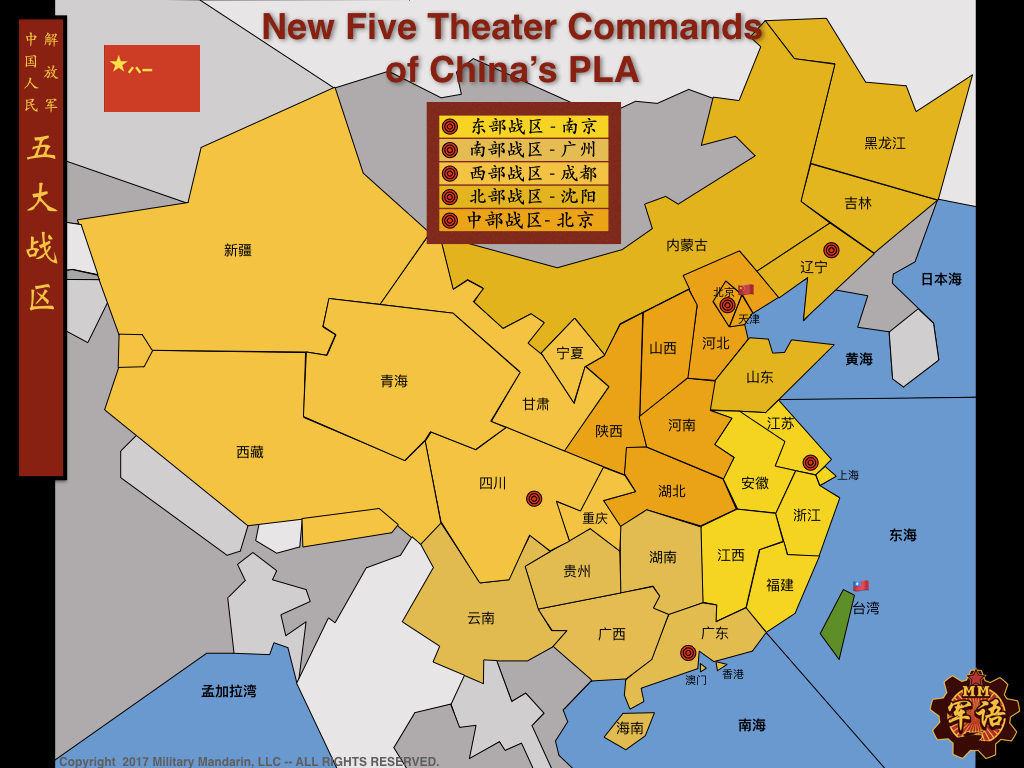 From initially released information, it looks like a Theater Command will be a joint command at full military region grade (正大军区级 or 正战区级) directly responsible to the CMC for operational control of assigned forces from two or more services in the command’s area of responsibility. 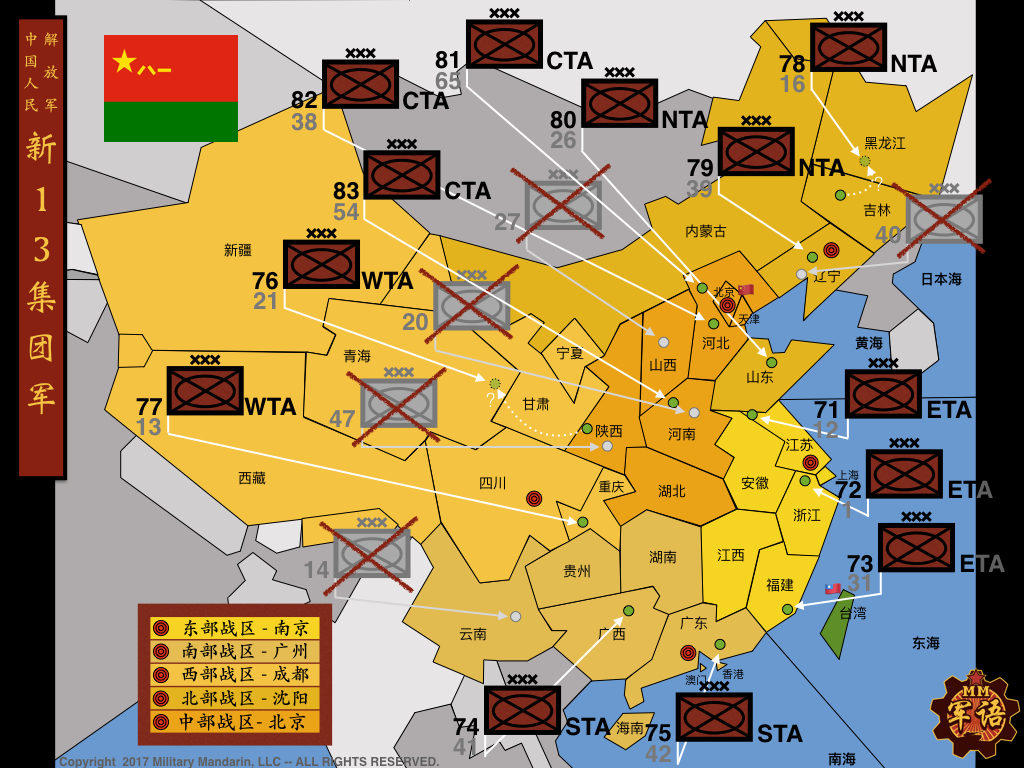